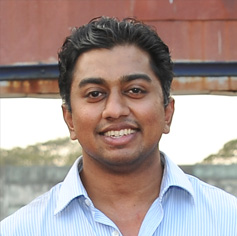 Dr. Rajiv Santosham did his MBBS from SRMC Chennai in 1995, MS in 2002 and M.Ch in the year 2006 and completed his degrees in 2009. Since then he has been working in Santosham Chest hospital and Apollo hospital and as a visiting consultant in various other hospitals in the city.

He has attended various workshops in Video Assisted Thoracic Surgery (VATS) and Robotics and various other latest innovations in thoracic surgery like LASER in parts of Asia, North America and Europe. Also he has presented various papers in international and national conferences and has publication in National and international journals. He is also interested in body building and has won the senior Mr. Tamilnadu for the year 2012.