In 1930 a young doctor Dr. Mathuram Santosham who had just graduated from the Madras Medical College was posted for his entire 1 year of so called rotating Internship in the Tuberculosis wards of Royapettah hospital. This was in his own words a dustbin posting or a punishment posting awarded by the European bosses of the medical service of Madras.

The reason for the punishment that he was a student leader of the Indian National congress and fought for the freedom of India.In those days when there was no therapeutic cure for TB, it must be noted almost all who worked among TB patients contracted the disease themselves and some of them even died.This served as a blessing in disguise. Dr Mathuram Santosham was moved with compassion for those suffering from the dreadful disease committed his entire life for the treatment of those suffering from Tuberculosis. 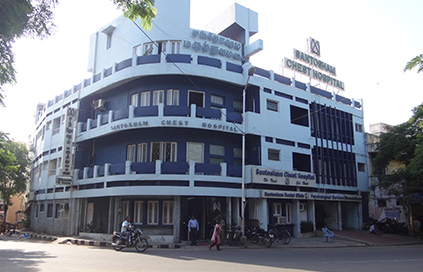 Thus was born “The Lung Clinic” a thatched three room infirmary where TB patients were treated. Dr Santosham’s practice grew in leaps and bounds and in those days there was a lot of opposition from the public and the government that TB patients should not be treated inside the city. As the Lung clinic continued, in 1944 Dr Santosham bought 15 acres of land in a forest area between Maduravoil and Selayur and started the Santosham Memorial TB Sanatorium where he could admit patients and treat them for the dreaded disease. The place came to be called Santoshapuram. Today Santoshapuram is a teeming township just outside the so called IT corridor.

As years went by as thousands of people benefited by Dr Santosham’s treatment of Tuberculosis, Therapeutic and surgical management of the disease was gaining ground and the need for Sanatoria for the treatment of Tuberculosis was dwindling. Dr Santosham’s sons had graduated as doctors and were specializing in the surgical and medical management of Respiratory diseases. Quick to realize this in 1976 Dr Santosham gave away the sanatorium for a facility for the mentally challenged and constructed the Santosham Chest Hospital in the same place and the surrounding area where the lung Clinic stood.

Santosham Chest Hospital proudly stands as a 50 bedded super specialty hospital exclusively for the management of acute and chronic respiratory disorders. The medical service was started in 1937 with prayer out of compassion for the ill and the infirm and today it continues with the same sentiments. Dr Mathuram Santosham’s slogan “We treat - God heals” is the Strength with which The Santosham Chest Hospital functions. 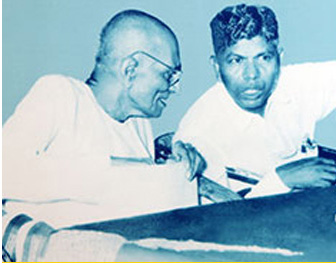 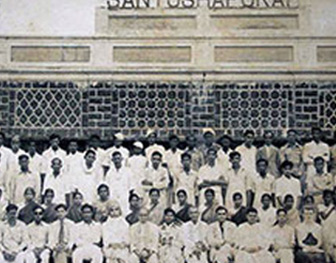 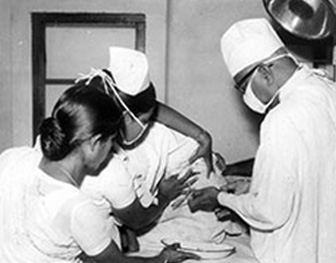 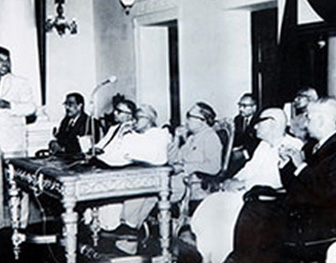