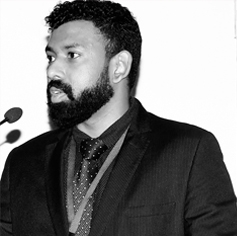 ›› Diploma in Asthma and Allergy, Christian Medical College and Hospital Vellore in 2011.

Dr. Roshan Santosham has completed his M.B.B.S from Sri Ramachandra Medical College and University in 2009.He did his Diploma in Asthma and Allergy from Christian Medical College and Hospital Vellore in 2011. He is currently undergoing Post Graduate course in Respiratory and emergency Medicine in Pondicherry Institute of Medical Sciences. He is presenting 2 original papers at National Pulmonary Conference Napcon in Chennai in November 2013.

He is a member of the choir of the madras Musical association which took part in the International Church music festival in Chester England and Rome Italy. And also Member in Madras Musical association choir which took part in the curtain raiser for the London Olympics at the Royal Festival hall London 2012 Lead singer for the band “Organized Chaos).

He is an active sportsman.

He Played Basketball and football for Pondicherry University. 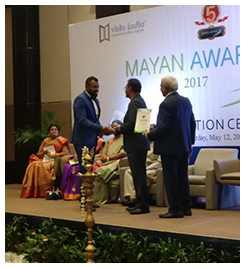 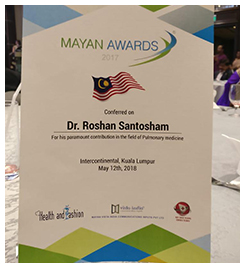 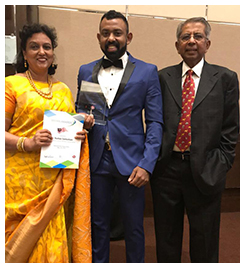