Achalasia can be treated surgically through a procedure called a myotomy, which can be done either laparoscopically or with the da Vinci® robotic surgical system, both of which are done by the thoracic surgeons at Froedtert & The Medical College of Wisconsin. If, on the other hand, the sphincter is not strong enough and is always open, patients suffer from GERD (heartburn). While many of these patients can be treated medically, when symptoms are severe, a surgery called a Nissen Fundoplication is very effective in controlling symptoms. This procedure can be done in a minimally invasive fashion using either the laparoscope or the da Vinci® robotic surgical system. Benign esophageal tumors can also be treated surgically. The most common type of benign esophageal tumors are called leiomyomas, and they generally occur in smooth muscle.

Lung resection is the surgical removal of all or part of the lung, because of lung cancer or other lung disease. Surgery can provide a cure in some cancer cases, when the tumor is discovered early. Your physician will recommend one of the following types of resection, depending on your diagnosis. If you have cancer, the type of resection will be based on the tumor location, size, and type, as well as your overall health and lung function prior to diagnosis. On the right side, the lung has three anatomical parts (called lobes) and on the left there are two parts (lobes). Usually, an operation for cancer involves removing a lobe, which is called a lobectomy. The type of lung resection used will depend on the location and size of your tumor, and also the ability of your remaining lung tissue to compensate for your breathing after surgery.

A lobectomy is a type of lung cancer surgery in which one lobe of a lung is removed. (The right lung has 3 lobes, and the left lung has 2 lobes.) A lobectomy is also occasionally performed for other conditions, such as tuberculosis, severe COPD, or trauma that interrupts major blood vessels near the lungs. In this procedure a lobe of the lung can be removed by a few different methods. The surgeon will recommend one of these based upon both the characteristics of the particular cancer.

Video-assisted thoracoscopic surgery (VATS) is a type of thoracic surgery performed using a small video camera that is introduced into the patient's chest via a scope. The surgeon is able to view the instruments that are being used along with the anatomy on which the surgeon is operating. The camera and instruments are inserted through separate holes in the chest wall also known as "ports". These small ports are advantageous because the chance for infection and wound dehiscence are drastically reduced. This allows for a faster recovery by the patient and a greater chance for the wound to heal. Traditionally, thoracic surgery performed for diagnosis or treatment of chest conditions has required access to the chest through thoracotomy orsternotomy incisions. Sternotomy requires the use of a sternal saw to divide the sternum and requires spreading of the divided portions of the sternum with a sternal retractor to allow for visualization of the thoracic structures, passage of instruments into the chest, and removal of specimens. Thoracotomy, as most commonly performed, requires division of one or more major muscles of the chest wall including the latissimus dorsi,pectoralis or serratus muscles, along with spreading of the ribs with a rib spreader. Because the joints of the ribs with the vertebral bodies have only limited flexibility, the use of a rib spreader usually results in rib fractures in the process of rendering the interspace between the ribs wide enough to perform diagnostic or therapeutic maneuvers. Because of this, thoracic surgeons generally intentionally remove a section of one or more ribs in an effort to prevent splintered rib fractures associated with the use of a rib spreader. Sternotomy and thoracotomy have been proven over decades to provide highly effective means of access to thoracic structures and in general are tolerated by patients. However, both incisions have the potential for causing significant pain that may last for extended periods and both result in bony fractures that require a minimum of six weeks to heal during which time patients must refrain from heavy lifting or strenuous activity. The great advantage of VATS over sternotomy or thoracotomy is avoidance of muscle division and bone fractures that allows for diminished duration and intensity of pain and a shorter time to return to full activity

The pleura is a structure with two layers of tissue surrounding both the lung and the chest cavity. Between these two layers is the pleural space, which contains a lubricating liquid that helps facilitate breathing. Pleural Surgeries, Pleurectomy or Pleural Bi-Section, are the removal of either the entire outer layer of the pleura or a portion of it respectively. These procedures usually take about an hour and a half. These procedures are usually performed as a result of pleural effusion (excess fluid within the pleural cavity), cancer within the pleura (mesothelioma), or sometimes due to extensive scarring or traumas that make it necessary to remove a certain portion of the pleura. 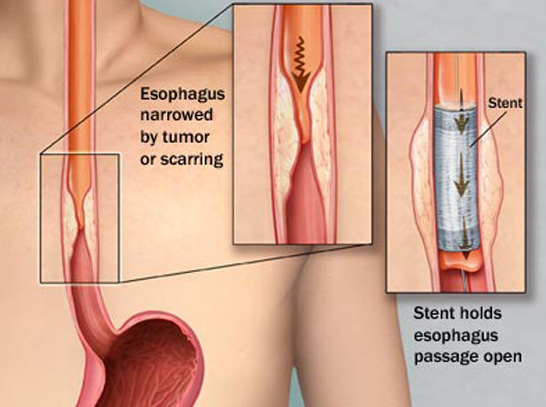 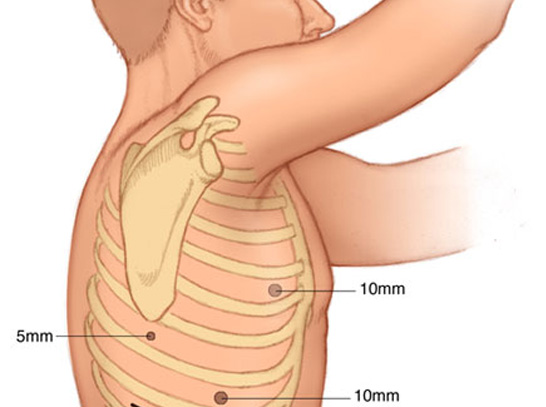 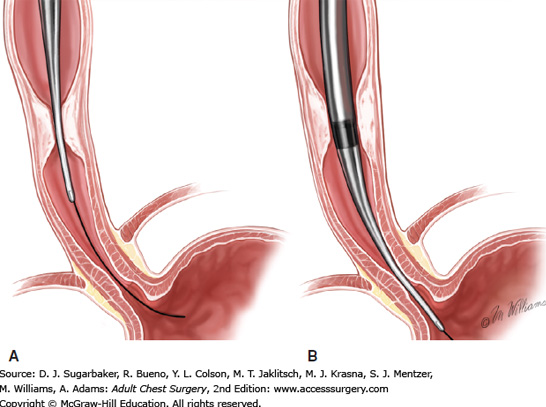