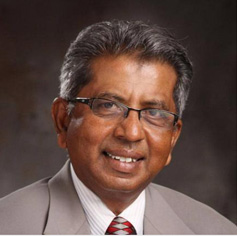 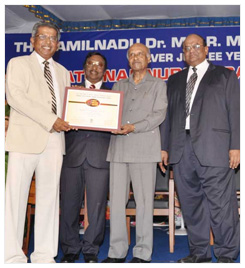 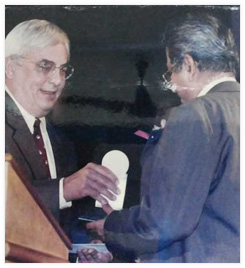 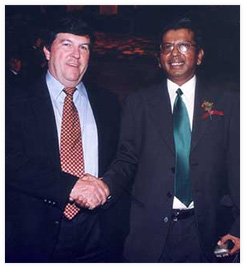 Dr Ravi Santosham was trained by his father the Late Dr. Mathuram Santosham. He is one of the Top-Ranked Pulmonologist in Chennai and acorss India. Right from his formative years as a young medical student in the management and more importantly in the attitude and compassion towards those suffering from Tuberculosis , Asthma and other chronic and acute respiratory diseases.

He was offered a job as a senior house officer in St Ann's Hospital north London in England which he accepted. He worked as a senior house officer and registrar in the Hither Green hospital, the Grove Park Hospital and the Lewisham General hospital in London. He was inducted as a Member of the Royal Society of health and as a Fellow of the Royal Society of Tropical Medicine and Hygiene in London. As the Santosham Chest Hospital was growing he returned to India in 1977 to take over as Dr Mathuram Santosham's assistant physician.

In 2001 he was awarded the Governors' Community Service award from the American College of Chest physicians at a banquet organized for the occasion for his meritorious work among the poor patients in and around his part of the world. The award was presented by Mr. Hamilton Jordan forner Chief of the White House Staff. In May 2012 Dr Ravi Santosham was given “The Best Doctor award" by the MGR Medical University in Chennai Dr Ravi Santosham has delivered over 12 International orations and chaired many symposia on the approach and management of respiratory diseases.

Dr Ravi Santosham leads an active social life and is the Patron of the Madras Musical Association, President of the Indian Christian Association Tamilnadu, and Vice President of the Alumni association of the Madras Christian College. Founder member of the Asthma Foundation of India, Founder and former treasurer of the Tamilnadu Squash Raquets association and former joint secretary of the Squash Raquets federation of India